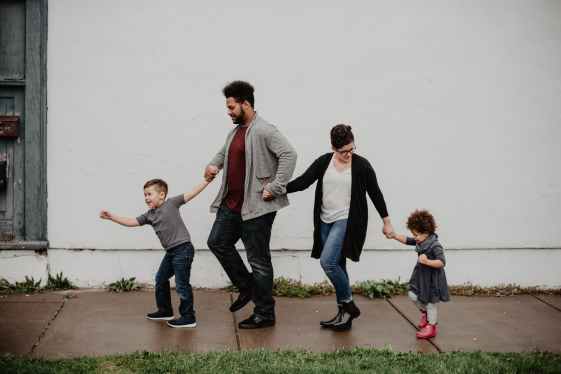 Photo by Emma Bauso on Pexels.com

Unfortunately, our homes don’t always grow with us. What may have initially worked fine for a single person, a young couple’s starter home, or a family with a newborn can quickly become too small as families expand and multiple generations live under one roof.

Remodeling and adding to your home is one option for creating more space, but it can be costly, and the size of your property may be prohibitive. That’s when moving to a bigger home becomes the best solution.

WHERE DO YOU NEED MORE SPACE?

The first thought when upsizing your home is to simply consider square footage, bedrooms, and bathrooms. But it’s important to take a more critical approach to how your space will actually be used. If you have younger children (or possibly more on the way), then focusing on bedrooms and bathrooms makes sense. But if your children are closer to heading off to college or starting their own families, it may be better to prioritize group spaces like the kitchen, dining room, living room, and outdoor space—it’ll pay off during the holidays or summer vacations, when everyone is coming to visit for big gatherings.

If you need more space, but don’t necessarily want a more expensive home, you can probably get a lot more house for your money if you move a little further from a city center. While the walkability and short commutes of a dense neighborhood or condo are hard to leave beyond, your lifestyle—and preferences for hosting Thanksgiving, barbecues, and birthdays—might mean that a spacious home in the suburbs makes the most sense. It’s your best option for upsizing while avoiding a heftier price tag.

Have any questions or are you ready to start your new home search in 2019? Give us a call today!  Kevin and Jennifer Hanley, REALTORS Keller Williams Realty Atlantic Partners Southside 904-515-2479 http://www.HanleyHomeTeam.com 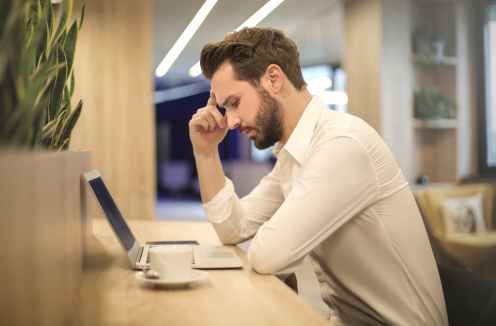 You’ve most likely heard the rule: Save for a 20-percent down payment before you buy a home. The logic behind saving 20 percent is solid, as it shows that you have the financial discipline and stability to save for a long-term goal. It also helps you get favorable rates from lenders.

But there can actually be financial benefits to putting down a small down payment—as low as three percent—rather than parting with so much cash up front, even if you have the money available.

The downsides of a small down payment are pretty well known. You’ll have to pay Private Mortgage Insurance for years, and the lower your down payment, the more you’ll pay. You’ll also be offered a lesser loan amount than borrowers who have a 20-percent down payment, which will eliminate some homes from your search.

The national average for home appreciation is about five percent. The appreciation is independent from your home payment, so whether you put down 20 percent or three percent, the increase in equity is the same. If you’re looking at your home as an investment, putting down a smaller amount can lead to a higher return on investment, while also leaving more of your savings free for home repairs, upgrades, or other investment opportunities.

Of course, your home payment options aren’t binary. Most borrowers can find some common ground between the security of a traditional 20 percent and an investment-focused, small down payment. Your trusted real estate professional can provide some answers as you explore your financing options.

Have any questions or are you ready to start your new home search in 2019? Give us a call today!  Kevin and Jennifer Hanley, REALTORS Keller Williams Realty Atlantic Partners Southside 904-515-2479 http://www.HanleyHomeTeam.com 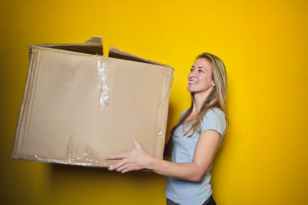 Moving into a new home is an exciting time, and you’re probably daydreaming about decor and paint schemes and new furniture. But before you get into the fun stuff, there are some basics you should cover first.

Even if you’re promised that new locks have been installed in your home, you can never be too careful. It’s worth the money to have the peace of mind that comes with knowing that no one else has the keys to your home. Changing the locks can be a DIY project, or you can call in a locksmith for a little extra money.

It’s good to get a fresh start with your floors before you start decorating. The previous owners may have had pets, young children, or just some plain old clumsiness. Take the time to steam clean the carpets so that your floors are free of stains and allergens. It’s pretty easy and affordable to rent a steam cleaner—your local grocery store may have them available.

Prior to move-in, you probably haven’t spent enough time in the house to get a view of any pests that may be lurking. Call an exterminator to take care of any mice, insects, and other critters that may be hiding in your home.

Clean out the kitchen

If the previous occupants wanted to skip on some of their cleaning duties when they moved out, the kitchen is where they probably cut corners. Wipe down the inside of cabinets, clean out the refrigerator, clean the oven, and clean in the nooks and crannies underneath the appliances.

Have any questions or are you ready to start your new home search in 2019? Give us a call today!  Kevin and Jennifer Hanley, REALTORS Keller Williams Realty Atlantic Partners Southside 904-515-2479

By Terri Williams | Sep 6, 2019 |Terri Williams is a journalist who has written for USA Today, Yahoo, the Economist, U.S. News and World Report, and the Houston Chronicle. Follow @Territoryone 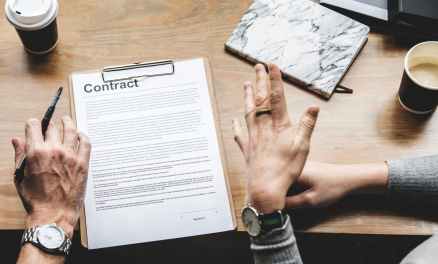 Being a first-time home buyer is exciting. After you finish signing a gazillion documents and the keys are finally placed in your hands, there’s an undeniable sense of accomplishment and pride. However, not long thereafter, buyer’s remorse can set in. New buyers might wonder if they made the right decision or if there were warning signs that they missed—or outright ignored.

Everyone hopes that life after closing on a house will be smooth sailing, but some unsuspecting buyers end up in turbulent waters. The following anecdotes outline missteps that first-time home buyers can make and, most importantly, how to identify those red flags before you’re locked into the sale.

No room to grow

Many of the first-time homeowners Chicago-based real estate agent Jonathan Self speaks to say that they underestimated how much space they would need.

“The family expanded faster than they had planned, and they now need to move without owning the house for enough time to reap any benefit of price appreciation,” he says. “Life happens, but you want to make sure you’ve had four to five years minimum in the home at the normal rate of appreciation—and that’s just to break even.”

To avoid having to move because of a lack of space, buyers should ask themselves the following questions: Is the size of your family going to change? Is there a chance an older family member will need to move in with you? Do you have space for a dog, if you want one?

Some first-time homeowners get tripped up by perfectly staged homes.

“Finding the right home isn’t just the sexy, fun stuff like finish selections,” Self says. That’s why you need to consider how much space you and your family will really need down the road so you can stay put.

First-time homeowners would do well to understand the pros and cons of a homeowners association before moving into an area that has one. That’s why Self goes as far as going through the HOA’s meeting minutes with his clients who are considering living in one of these communities.

“Neighbors are always an X factor, and as agents, we do what we can to investigate. But your best bet at spotting any internal HOA drama is to check out those meeting minutes and budget line items,” he says.

A lack of HOA meeting minutes or transparency with the budget is also a big red flag.

Becky Beach, a business owner and blogger at MomBeach.com in Austin, TX, says her HOA dues are $500, but a lack of communication means she and the other homeowners do not know what the money is going toward.

Living in a community with an HOA suits many buyers, but you want to know what you’re in for before signing on the dotted line.

Rushed to buy a home

Aleka Shunk, founder of the blog Bite Sized Kitchen, warns first-time home buyers against a hasty home purchase like the one she made.

While searching for a home in New Jersey, one of her friends sent a flyer from neighbors looking to sell their home. The Shunks loved the home and the area, and the highly motivated sellers wanted to move within six weeks. One of the sellers was an agent, and preferred that the Shunks didn’t use an agent on their behalf—and also said the home would be sold as is.

“I found a local inspector who said there were a few small problems, but overall the house was in good shape,” Shunk says. “I also hired a lawyer to handle the legalities.”

However, a few months after moving, the problems started.

“I woke up to no water in the bathroom faucet, and then a neighbor informed me that the water was gushing down the driveway,” Shunk says. Water was flowing from the ceiling in both the garage and living room. After a week of frigid temperatures, two pipes burst—to the tune of $40,000 in water damage. The cause of all of these problems? There was little to no insulation throughout the house.

“We were just so excited and could not wait to get into our own home,” Shunk says. “However, because we rushed, we did not have time to ask many questions.”

It took three months to fix all of the damage, and the family is saving up enough money to properly insulate the house. The lesson: Don’t rush into buying a home, and always get a second opinion.

Many buyers—first-time or not—underestimate the value of having a real estate agent represent them. You may be capable of combing through online listings, but navigating the negotiations, paperwork, and legal stipulations that arise during a real estate deal requires experience.

“This is a big transaction, therefore, it is very helpful to have another qualified person speak and deal on your behalf,” says Mark Cianciulli, a real estate broker and founder of The Crem Group in Long Beach, CA.

For example, he says, even a home being sold as is can be negotiated—especially one like the Shunks’ that came with major problems.

“Because we did not use an agent, we did not know the right questions to ask,” Shunk says. “What does ‘as is’ even mean?”

While she did use a lawyer and got a home inspection, Shunk says she trusted the seller to ensure that everything was taken care of.